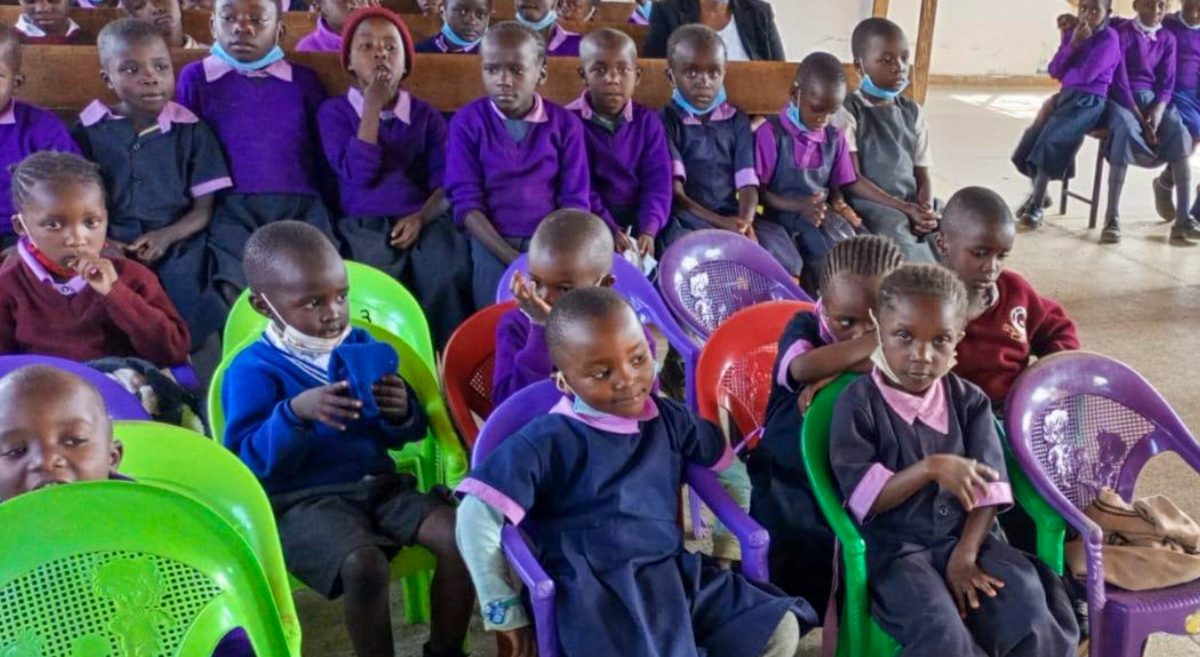 Francis Bii was standing in front of the post office in Eldoret, Kenya. He had written me a letter months before, asking if I would meet him there and if I would help with his kids. I didn’t know Francis Bii. I didn’t know where Eldoret was. But it just so happened that I was only a few hours away from Eldoret on the day I was to meet him. “Do you think he will be there?” I asked Larry Wu.

“Of course he will be!” Larry answered. And we started our journey to meet the man at the post office seeking help for his children. It’s one of my favorite and most told stories. I was going to meet Francis, help with his kids at home, and then get on my way. But the Lord had other things on His mind.

Recently Paustine Kigen of Eldoret shared the perspective of the people in Eldoret. Read along as she gives the other side of the story.

August 27, 2007 is a magical day that we want to remember at CRF in Eldoret. Many orphaned and needy people came to Huruma Center in Kenya that day because they were desperate and had so many challenges. “Huruma” means “mercy” in Swahili. But it was hard to find much mercy in Huruma in those days because of the rampant illnesses that were caused by the HIV/ AIDS pandemic. Many of the orphaned children in Huruma had no one to care for them. And coming from one of the poorest slums in Kenya, it was never a pleasant scene to meet ailing children and widowed women who had no one to turn to for support.

CRF came in at just the right time to meet the needs of the people. No one was sure if the CRF representatives would show up, even though it had been announced. Not even Milton Jones himself was sure of what was happening. People came from many kilometers away that day to seek hope, especially the orphaned kids. The word had gotten out that Milton Jones and his friend Larry Wu were visiting from CRF and might be able to help the needy children in Huruma. The Huruma compound could not contain the huge numbers of individuals that came. Every inch was filled with people almost stepping on each other with hope that their children would be sponsored by CRF. What Milton must have expected was to find a couple of children belonging to Francis Bii – not an entire village. The number of children present was close to 200 – not the one or two that Milton expected.

In some ways the day ended a bit unceremoniously because many people expected all of the children to get sponsored. Out of the nearly 200 kids, CRF was only able to commit to finding sponsors for 19 of the neediest children from the Center that day. It was a small start, but August 27, 2007 marked the first of many happy days for CRF in Eldoret. In November of the same year, CRF started sponsoring even more students and helped establish the Eldoret Christian Aid Network (ECAN-CRF) with Francis Bii.

From our small beginnings, ECAN-CRF takes pride in having sponsored more than 2,000 children to date. The rising miracles in Huruma are the transformed lives of young boys and girls. Huruma Centre and ECAN-CRF are proud to have molded a generation of leaders. Kamau, who was the 19th child to be sponsored by CRF on that first day, was an orphan when CRF first visited Huruma. When CRF sponsored him in grade 4, his life took a huge turn. He joined Uasin Gishu Secondary school where he scored high enough to enroll in the University of Nairobi. Today, Kamau is joining Portsmouth University in the UK for his Master’s degree.

A journey that started with doubts and hopelessness has now turned into a treasured opportunity. Thousands of children from Kenya are so grateful. Thank you, CRF, for coming at just the right time to share the love of Jesus with our community.

As I read Paustine’s perspective, I think of all the children out there who are not sponsored yet and are waiting with great hope. And I also think of how good they must feel when Francis comes to one of them and says, “You have a sponsor!” That’s the way your child felt the day he or she learned they were sponsored. Thanks a trillion for sponsoring a child!S