Do not despise these small beginnings,
for the Lord rejoices to see the work begin.

Isn’t that the Christmas story?

A small beginning. It was a baby in a manger. People despised the humble start of the Christ child. Others ignored it as insignificant. Others still wanted to stop the influence of this God in flesh because it was not the manner in which a King would present Himself.

But the Lord wasn’t finished with the small beginning. Indeed, He was rejoicing to see the work begin. 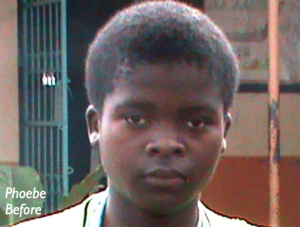 I recently heard Phoebe Miriam give her testimony. She couldn’t stop quoting this verse.

Phoebe quit using her last name because of the abuse she received from her father as she was growing up. When she was just a little girl, she ran away from home and lived on the streets in Eldoret, Kenya. Her life was one of survival. It meant eating out of trash bins. There was no school for Phoebe. It involved doing whatever it took to survive on the street.

And then one day Francis Bii found her. He took her picture. CRF made a promo for Phoebe. I was preaching at Springdale, Arkansas. As Adam and Kim Ringle walked past my display, they picked up her card. And for about a dollar a day, they sponsored Phoebe. 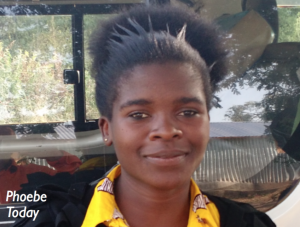 So Phoebe got to go to school. She was twelve years old when she began her academic endeavor. And she graduated on time. And she found the Lord. In fact, upon graduation—she helped to plant a church.

Phoebe tells her testimony wherever she goes. And the verse that goes with her life.

It’s Zechariah 4:10 “Do not despise these small beginnings, for the Lord rejoices to see the work begin.”

Phoebe reminds us that we shouldn’t look down on her when she was eating out of a trashcan or sleeping on the streets rather than going to school. No, God wasn’t finished with her yet.

And He certainly isn’t. We just got the message that Phoebe was accepted into medical school! 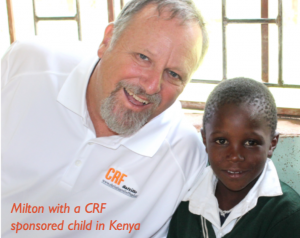 I have received several pictures recently that simply confirm my belief of how life changing it is to sponsor a child. Economists have said that child sponsorship is the best way to help people overcome poverty. I believe it.

IT’S THE BEFORE AND AFTER PICTURES THAT MAKE ALL THE DIFFERENCE IN THE WORLD TO ME.

Barbie and I sponsored Genevieve in Kampala, Uganda.

She was a partial orphan who always seemed to be sick. She had a lot of trouble with her eyesight. I even got to meet her at church in Uganda one Sunday morning. She was shy and yet grateful. She explained her health and educational needs.

I so wanted her to graduate and get healthy.

I just got the above picture from her. She graduated from high school and flight attendant training!

And you can see from her beautiful picture — she is quite healthy. 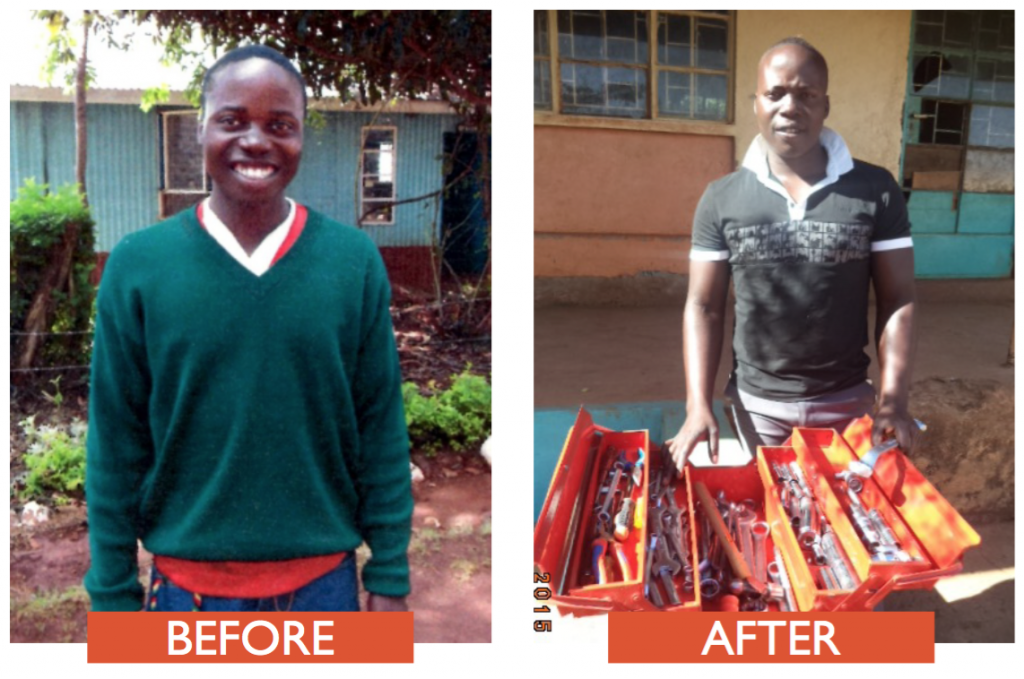 And then there is Milton. Not me… Milton Sarara.

Barbie likes to sponsor any kid she meets named Milton. We met him in the Kipkaren slum of Eldoret, Kenya. I was so hoping that he would graduate from high school. And he did.

He wanted to go to technical college, so Barbie and I supported him a little bit longer. Now he is an automobile mechanic (so he should never run out of work in Kenya).

Here he is with his new tools. Some of you last Christmas gave money to buy tools in our Christmas catalog. Now Milton has tools to start his career. But Milton has an even bigger dream. He wants to be the mechanic on the water well drilling rig of CRF in Kenya! 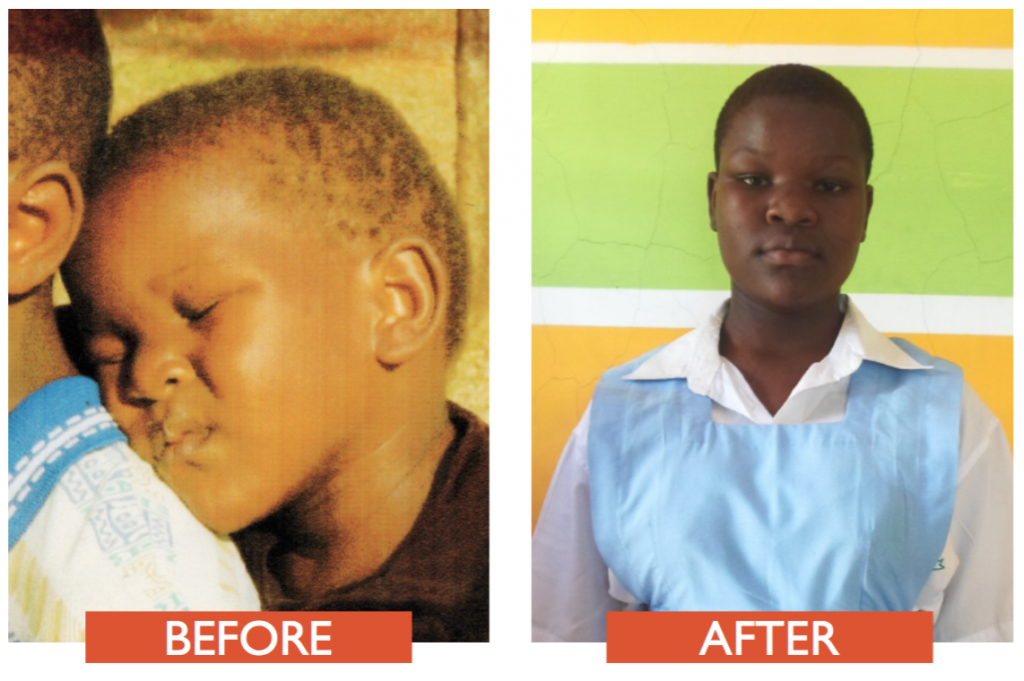 And then there is Smurf.

When Smurf was a baby, she first laid eyes on Barbie. She had never seen a white person before and couldn’t stop screaming. No one could get her to stop. She was scared to death. Barbie thought the only proper thing to do was to sponsor her.

Smurf was at the Lakeside Orphanage outside of Kisumu, Kenya. We have known her all of her life. And how exciting it was recently to see this picture of her as she is just about to start high school.When she writes us now, it is like we are truly her family. There’s no fear of Barbie. And her appreciation and faith encourage us immensely.

I could tell you hundreds of other stories. Every child has a story. And the child you sponsor has a story too. There is a before. And there is an after. And it is why you and I do what we do.

Indeed it may be a small beginning — but God is at work finishing the story.
– Milton Jones

Do You Know Who John Abraham Was?